Trending Learn Strains Community Forum Brands Find a Store
0
In
Sign In Up
Up
Trending
Learn
Strains
Community Forum
Brands
Find a Store
Sign In
Sign Up
Profile
Refer a Friend
Messages
Sign Out
Useful Links
About Us
Terms & Conditions
Privacy Policy
Guidelines
FAQs
Contact Us
Disclaimer
Notifications
Mark all as read
You have no new notifications.
See all notifications
Start a Conversation
Review for
Start a Conversation
Rating
Title
Description
0/1000
Upload Images
0/5
Submit
Review for
Search for
Start a Conversation
Start a Conversation
Title
Description
0/1000
Upload Images
0/5
Submit
Create a Business
Create a Business
All manually added Locations are sent to the tolktalk Moderator for approval. We need to confirm the information before we publish your Post. Thank you!
Submit
Create a Strain
Create a Poll
Create a Poll
Create
Share via email
/ Home
/ Learn
/
About Us Rewards Community Policy
Guidelines
Contact Us
Terms Privacy Policy Cookie Policy
FAQs
Disclaimer
Claim your Business
By submitting this form, you will be subscribed to news and promotional emails from tolktalk and you agree to tolktalk's Terms of Service and Privacy Policy. You can unsubscribe from tolktalk email messages anytime. This site is protected by reCAPTCHA and the Google Privacy Policy and Terms of Service apply. 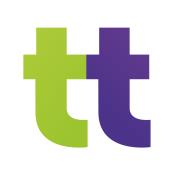 Discovered by man since the beginning of the Holocene (10,000 years BC) according to historians, cannabis Sativa, hemp or marijuana, is used for therapeutic purposes, several millennia ago. Nevertheless, the earliest accounts refer to the use of cannabis by the man from the 6th century BC onwards.

Cannabis has been cultivated all over the world, especially since researchers discovered the plant's curative properties in the 19th century. Doctors at that time used cannabis preparations to treat various illnesses, such as the Frenchman Jean-Jacques Moreau, who tried to treat mental disorders with hemp derivatives, and the Irish William B. O'Shaughnessy, who in 1840 prescribed the plant for the treatment of tetanus and other convulsive diseases.

What the researchers investigate

Many scientists focus on particular compounds of cannabis, known as cannabinoids. The plant contains hundreds of components whose effects are still in the study. That's why researchers focus on only one type of cannabinoid at a time. To date, only two cannabinoids from the plant have been extensively studied - THC (tetrahydrocannabinol) and cannabidiol - but other cannabinoids not yet known may have therapeutic properties.

THC is the main active ingredient in cannabis. It activates cannabinoid receptors in the brain, causing the "high" effect well known to cannabis users, but it also affects the liver and other parts of the body. The only two cannabinoids approved by the FDA (Food and Drug Administration, the US health authority), which doctors can therefore legally prescribe, are drugs synthesized by laboratories that mimic the effect of THC. They are prescribed to increase appetite and prevent muscle loss associated with certain cancers and AIDS.

Cannabidiol (also known as CBD), on the other hand, does not interact with cannabinoid receptors. It also does not produce a "high".

Our bodies naturally produce cannabinoids, called endocannabinoids. Researchers are developing drugs that can alter their function, in order to better understand how the receptors for these substances work in our bodies. The goal of these studies is to find treatments that could use the cannabinoids we naturally produce to treat chronic pain or epilepsy, instead of using plant-based cannabis.

It is often said that cannabis is a potential treatment for many diseases. Let us take a closer look at two conditions, chronic pain, and epilepsy, to illustrate the current state of research on the therapeutic virtues of cannabis.

Research results indicate that some people suffering from chronic pain self-medicate with cannabis. However, there are too few studies in humans to know whether cannabis or cannabinoids actually relieve chronic pain.

Research in humans shows that some diseases, such as chronic pain resulting from nerve damage, may be sensitive to the action of cannabis, either smoked or vaporized, as well as to an FDA-approved THC-based drug, dronabinol.

However, most of this research is based on subjective statements, on personal assessments of pain, which limits its validity. Only a few controlled clinical trials have been conducted to date, which does not provide any indication of whether cannabis is an effective pain treatment.

Another approach is to look at the combination of several drugs, i.e., an experimental cannabinoid-based drug combined with an already known drug. For example, a recent study in mice combined a low dose of a THC-based drug with an aspirin-like drug. This combination blocks the pain associated with nerve endings better than either drug does individually.

Theoretically, such combinations make it possible to use smaller amounts of each drug, and side effects are reduced. In addition, some people may be more receptive to one of the substances than the other, maximizing the chances that the combination will work for more patients.

The effects of cannabis on epilepsy

Despite some sensationalized articles and speculation on the Internet, the therapeutic use of cannabis to alleviate epileptic seizures has so far only been confirmed by experiments on rodents.

In humans, the evidence for its efficacy is much less established. Many anecdotes and surveys are extolling the benefits of cannabis flowers or cannabis extracts for the treatment of epilepsy. But these claims cannot be compared to properly controlled clinical trials that determine whether certain types of epileptic seizures respond positively to the effects of cannabinoids and provide stronger clues as to how most people respond to this substance.

CBD is attracting attention as a potential treatment for seizures in humans.

Slowing the progression of Alzheimer's disease

According to medical research, THC inhibits the production of beta-amyloid proteins, the accumulation of which leads to the formation of senile plaques. Senile plaques destroy brain cells and cause dementia. However, cannabis only slows the progression of the disease but does not yet make it disappear.

People suffering from sleep disorders can be treated with cannabis oil. The calming effects of CBD make it easier to fall asleep and allow you to enjoy a peaceful and restful sleep.

Preventing the development of cancer cells

According to a study conducted at the initiative of the National Cancer Institute, cannabis contains certain components that slow the development of tumors. Thus, some researchers recommend the use of this natural product to fight effectively against cancer cells. A patient undergoing chemotherapy can also use cannabis to relieve possible side effects, including nausea, insomnia and lack of appetite.

Preliminary studies have shown a reduction in nightmares in patients with post-traumatic stress disorder when administered synthetic THC, although these results need to be replicated in a larger population, they seem promising.

Although THC can lower intraocular pressure, its short-term effect and side effects make its use not recommended, especially since effective treatments already exist.

Of course, it all depends on what you mean by "dangerous". In practice, if we compare it to other products, we can say that cannabis is not the most dangerous drug. In fact, two legal drugs, tobacco, and alcohol are the first two "preventable" causes of death.

The possibility of overuse exists for any drug that affects brain function, and cannabinoids are no exception. Cannabis can be compared to tobacco, as many of its users also have difficulty quitting. And like tobacco, cannabis is a natural product that has been selectively cultivated for its more powerful effects on the brain, which is not without risk.

Finally, the beneficial or harmful effects will obviously depend on the frequency of consumption and the doses consumed.

In addition to the low risks associated with the occasional use of cannabis, its therapeutic virtues are miraculous.